Edward Jonas is celebrating his tenth anniversary with Stevens Transport! 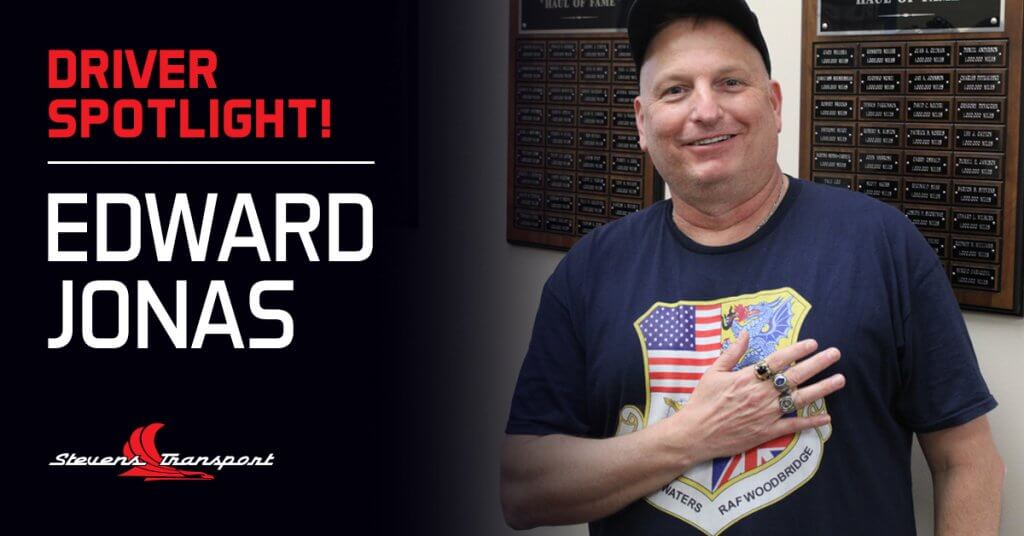 Edward, a United States Air Force veteran of nine years, joined the Stevens Transport family in 2011. Edward spent his time in service, driving fire trucks, a critical role that gave him his first taste of driving big rigs. He was a volunteer for Desert Storm & other important missions while an active duty service member.

After leaving the military, Edward completed his undergraduate classes at Waylon Baptist University. He received a double major, Human Services & Criminal Justice. He next worked on a Business Management Masters degree, before attending & graduating from South Texas College Law in Houston, Texas.

Growing up the son of a math & science teacher, Edward decided that he wanted to follow in his mother’s footsteps and pursue a career in teaching, but at the college level. Fit to teach either law or business, Edward set out to find work as a professor in the state of Indiana, where his mother held fond memories.

After encountering several barriers to entry in the college teaching field, Edward felt that he was floundering in his aspiring career. After spending well over a year looking for the perfect role as a professor, Edward decided to rekindle the flame he once had with driving big trucks and applied to join Stevens Transport. With the help of the Stevens Transport driver training program, Edward quickly regained his skills behind the wheel and began his career as a professional driver.

Edward has enjoyed spending much of the last decade of his life at Stevens as a rail driver on our Midwest dedicated team, but his true passion comes during his free time, writing. Edward has a number of fiction works and table top gaming modules in print. “When I have free time, I usually spend it writing,” said Edward “it doesn’t pay the bills, but it is my passion.”

Stevens Transport is very proud to have Edward as a member of our family, and we are thankful for all of his hard work and dedication over the last decade.