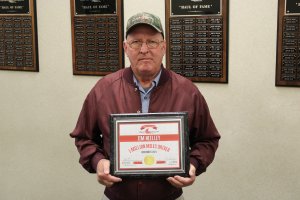 Meet Jim Neelly, our newest member of the million-mile club! Jim spends his weekdays training the next generation of drivers at the Stevens Driving Academy and his weekend hauling freight all over the state of Texas. As our utility player, Jim has taught thousands of individuals the ropes of becoming a driver through our CDL school but has accumulated one million miles behind the wheel!

Unlike most drivers, Jim never envisioned himself being a professional driver. Until he was 58 years old, Jim was a franchisee owner of a handful of Golden Chick restaurants! After over a decade in the restaurant industry, Jim decided to sell, but he wasn’t ready to retire just yet. Jim wanted an opportunity to travel the country while making a difference at work. Jim found just what he was searching for as a professional driver.

Finally, in 2010, Jim decided to become a driver and joined the Stevens Driving Academy to obtain his CDL. After completing his training, Jim spent the next 8 years as an over-the-road truck driver, delivering essential goods all over the country. In 2019, Jim felt that he had learned so much at Stevens Transport that he wanted to pass on his knowledge to the next generation of drivers, so he became a licensed CDL instructor. Jim has found purpose in helping people get their start in the trucking industry, an opportunity that could change their life forever.

Stevens Transport is very proud to have Jim Neelly, a new member of the million-mile club, as a member of our premier driving force. We are also thankful for everything that Jim does, not only as a driver but also as one of the best CDL trainers in the industry!