William Heissenberg Chose Stevens and Did Not Regret It 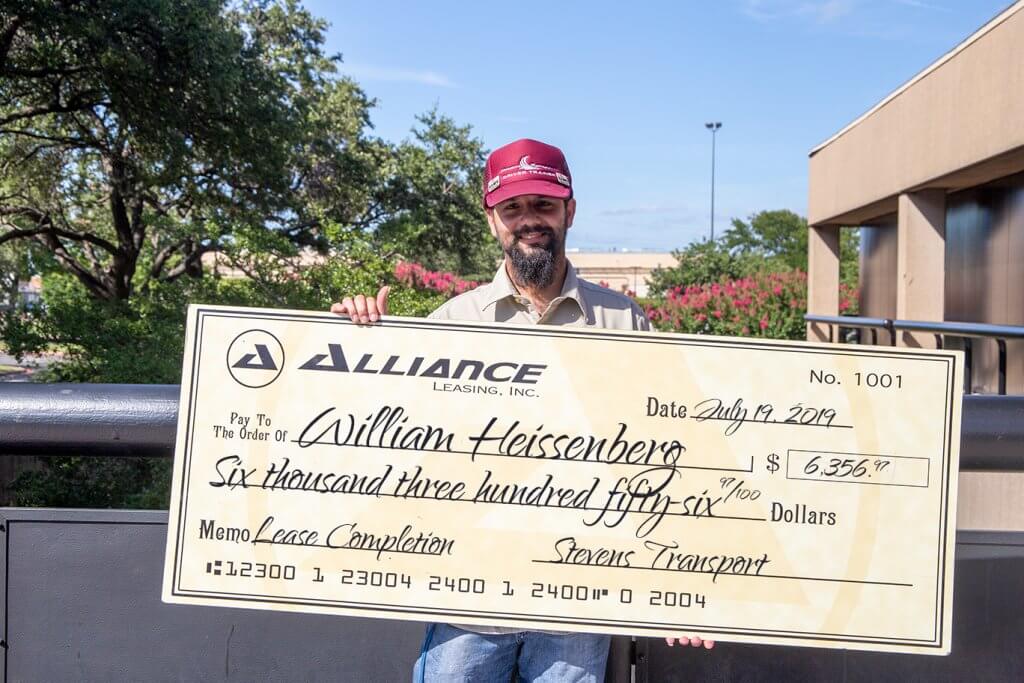 William Heissenberg dreamed of becoming a professional truck driver ever since he was a young boy. As he grew up, he kept that dream in the back of his mind, determined to achieve it when the opportunity arose. It wasn’t until William was between jobs that he saw it as the perfect time to chase that childhood dream.

William attended Roadmaster in Tampa, FL for truck driving school and graduated with his CDL in March of 2017. Shortly after graduation, William arrived at Stevens Transport for orientation. William enjoyed the orientation program at Stevens Transport. He knew he was well informed and set up for success in his over-the-road (OTR) training with his trainer.

One month into his training, William decided to join the Stevens Contractor Division. To this day, he considers that to be the best decision he has made in his truck driving career. “Creating my own business with the help of the Stevens Transport Contractor Division has been a dream come true,” William said. “This business has not only helped further my career as a truck driver but has pushed my childhood dreams to heights I could have never imagined.”

In July of 2017, William signed his first lease and obtained the keys to his very own truck. Since then, William has traveled all across the country, delivering loads for Stevens’ prestigious customers. As a result, he has traveled to 48 different states. William’s hard work and dedication were recognized in February of 2019 when he was awarded Owner/Operator of the Month.

William stated that his success is due largely in part to his self-motivation and self-perseverance. “I have instilled a work ethic in myself that I believe has gotten me to where I am today,” William said. “I always tell myself that I won’t see results if I don’t put in hard work every day. I also know that many people depend on me to deliver my loads on time, and that is a greater push for me to complete my daily tasks.”

William reached another successful milestone in July 2019 with Stevens Transport when he completed his lease on his first truck and received a lease completion bonus of over $5,600. “I have decided to keep my truck and re-sign another lease,” William said. “I know that I have support from everyone on the Contractor Division team, and I am determined to stay with Stevens Transport for as long as I can!”

William’s Driver Manager, Ramsey Fleckenstein, spoke high praise of William. “William is one of my hardest-running drivers on my fleet,” Ramsey said. “He is always willing to go out of his way to help another driver and loves to pass along valuable knowledge to anyone that asks him a question.”

When William is not delivering loads in his truck, he spends his home time with his two children and loves to explore his hometown of New Port Richey, FL. “My children are my world, and I love the time I get to spend with them,” William said. “Their favorite places are the different amusement parks around town and Chuck-E-Cheese, so that’s where we usually are when I’m home.”

Thank you for all of your hard work William and we wish you continued success in the future!

If you think a career in trucking is for you, complete the form below and we can help you get started.